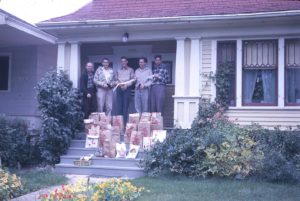 Five of the six of us at the house we rented at 11134 Eight St. We  just returned from a journey to the super market. We jointly purchased a large freezer and made jumbo size food purchases. 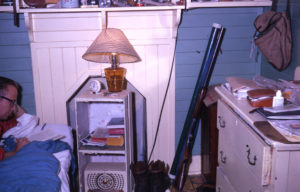 John in his basement bedroom at the 8th St. house.

Brother Peter joined the physics department that fall in pursuit of a PhD in Material Sciences. He had a room in the top floor of the house. 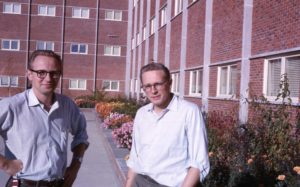 John and Peter with the Physics Department building  in the background.

I joined the Canadian Youth Hostels (CYH) and met a lot of young people from all over the world.

I bought a canoe. Did a lot of great adventures with the CYH group. Fishing, hunting, hiking, backpacking, rock climbing, and skiing.

John rock climbing on Roche Miete in Jasper Park with his friend Herb Strohbach. This was in the days when helmets were rarely used used.

My brother Peter joined me in Edmonton after he received his MSc degree from the University of Pittsburg. He also had a teaching fellowship and  worked towards a PhD in Material Science. He lived in the house with us on 8th Ave. We continued on enjoying activities such as skiing, hiking, backpacking, fishing, and duck hunting. 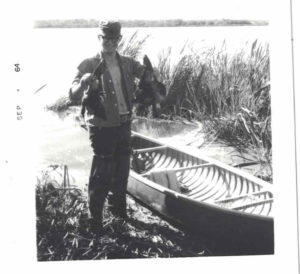 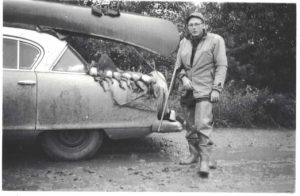 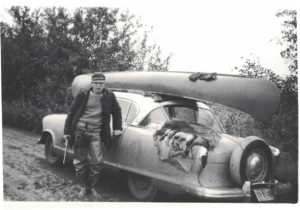 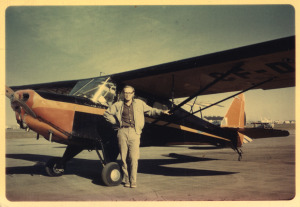