After graduating from Blakely High School (Peckville, PA) in 1955, John enrolled in the University of Scranton as a commuting student. He initially studied electronics then switched to physics.  He graduated with a BS degree in Physics in 1959. 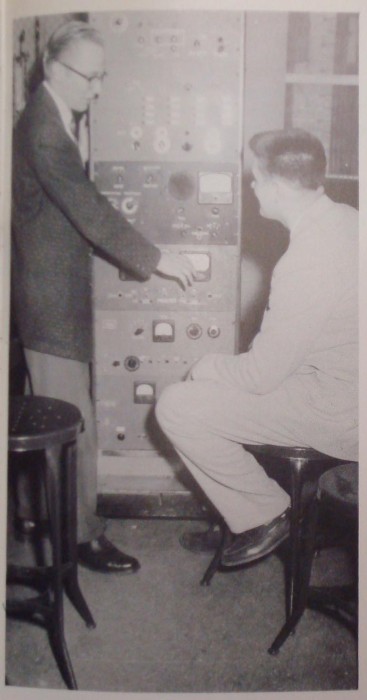 John demonstrating a pulse height analyzer to a fellow student at the University of Scranton. 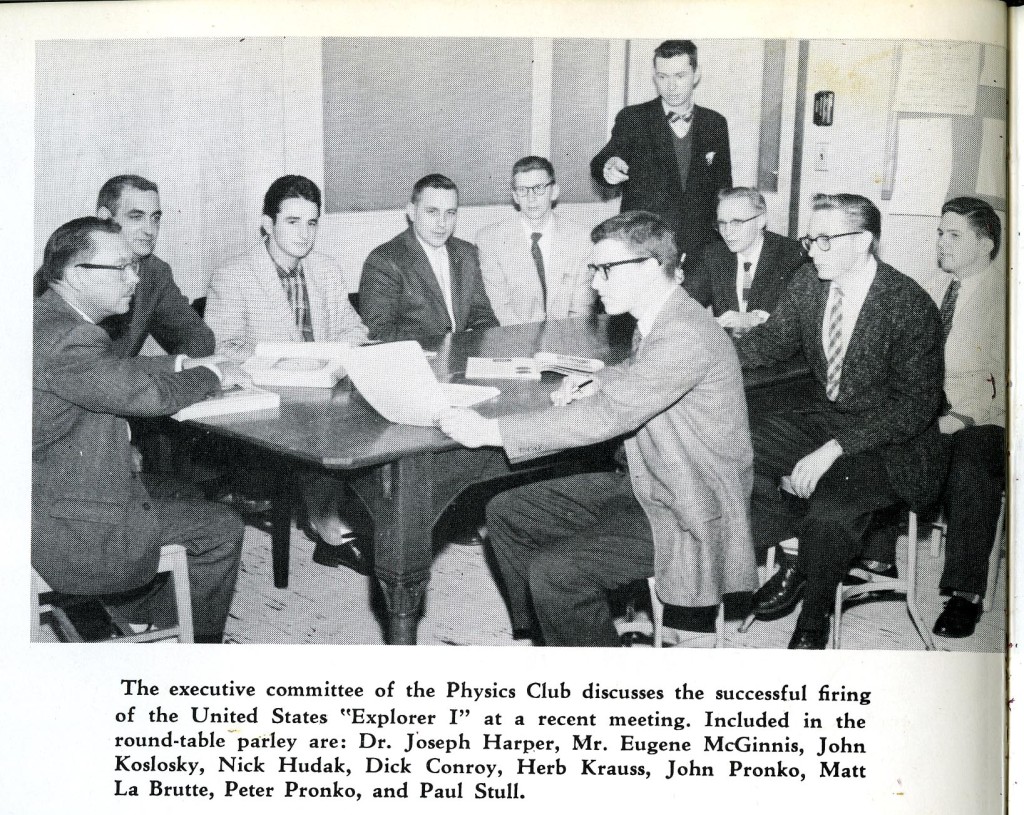 After graduating he was accepted for studies in Nuclear Physics at Marquette University in Milwaukee, WI. He graduated with an MS degree in physics in 1961.

John at the controls of the electron accelerator located at the GE facility in Milwaukee. The accelerator was used to study photo absorption for his MS thesis at Marquette. 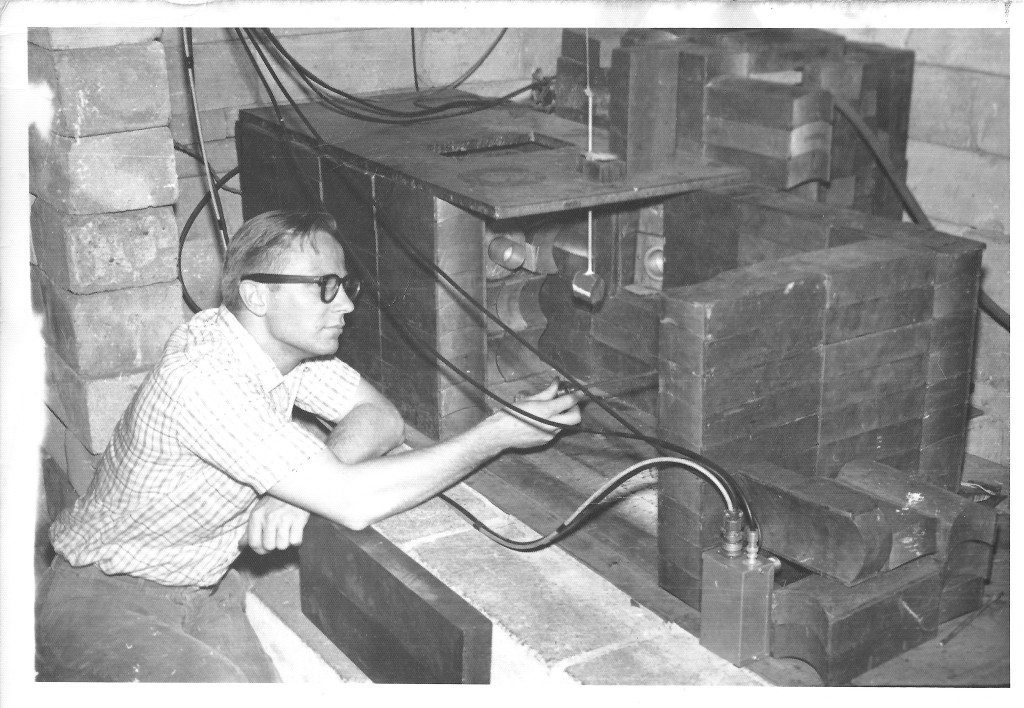 John making adjustments to the target chamber for the photo absorption experiment.

He  continued his graduate studies at the University of Alberta, Edmonton, Alberta, Canada and graduated in 1965 with a PhD degree in Nuclear Physics. 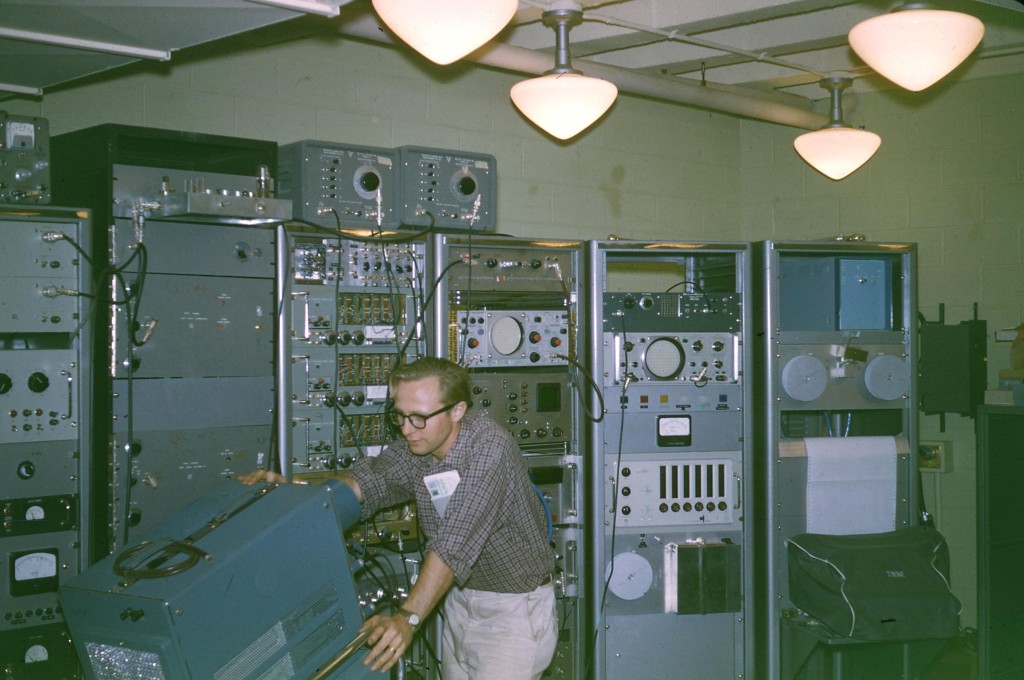 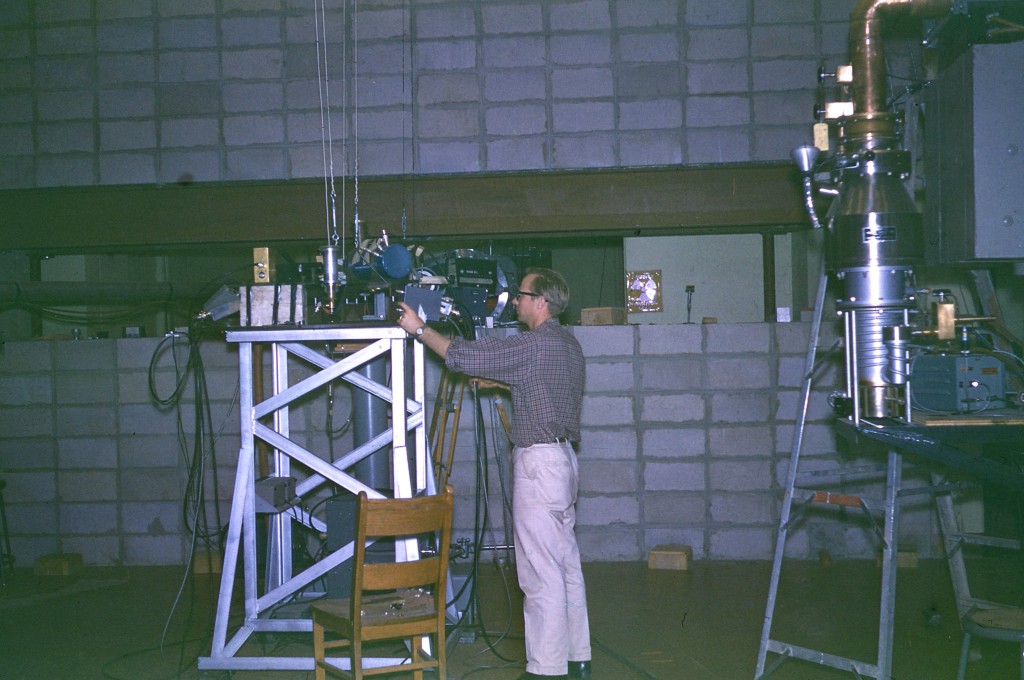 The data collected was used for his PhD thesis using an O18(alpha,n)Ne21 reaction to study excited states in Ne21.